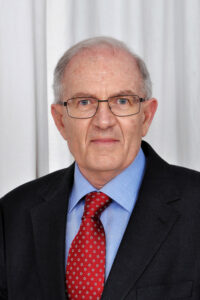 Professor Anthony J. Frendo is a Fellow of the Society of Antiquaries of London and Emeritus Professor of Near Eastern Archaeology and the Hebrew Bible as well as Senior Fellow of the University of Malta where he was a member both of the Department of Oriental Studies as well as that of Classics and Archaeology. He is a one-time Head of both Departments (1999-2011 of the former, and 1996-1999 of the latter), and was Local Director of the Confucius Institute (2009-2018). His main interests are Biblical Archaeology, Classical Hebrew, North-West Semitic Inscriptions (especially Phoenician-Punic), and the Historiography of Ancient Israel. He holds degrees in Philosophy, Theology, Near Eastern Studies, Biblical Exegesis, and has a Ph.D. in Biblical Archaeology from University College, University of London. He is the author of Pre-Exilic Israel, the Hebrew Bible, and Archaeology: integrating Text and Artefact published by T & T Clark International in 2011, and of Approaching Biblical Archaeology published by T & T Clark International in 2021, as well as of numerous articles, reviews, and book chapters published in international refereed publications. Professor Frendo was a Visiting Scholar at Sede Boqer in the Negev, Israel, besides having been twice elected Visiting Scholar at Wolfson College, Oxford.